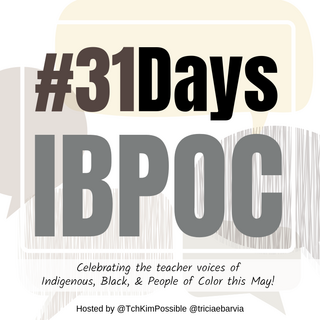 When I was second grader, like many kids from a certain time, there was one classroom job above any others that I vied for: board eraser.

It involved erasing the chalkboards daily, washing them on Friday with a wet rag (nothing worked better) and clapping the erasers outside to clean them. There was something so incredibly satisfying about completely erasing the board so that not even the tiniest of traces of what had been there before were left behind. I reveled in Sister Anna Louise's praise that when I was the class eraser you couldn't even tell anything had ever been there.

But one day, I lost that job.

My mistake? I had chosen to clean the erasers by pounding them on the ground and noticing that they left satisfying chalk dust marks behind, I used them to spell my own name in large chalk dust letters right between the hopscotch and four square.

"The point of being the board eraser is to leave no trace. Instead you left a big mess!" She screamed.

While I can look at that snapshot from my childhood from many different angles: my teacher self, my parent self, my rebellious self, the one angle I keep returning to more than any other is my erased self. That moment on the California playground, chalked hands shaking, was where I was first taught that if I wanted to do what I loved I needed to be willing to be erased.

My mom did what she could to combat society's pressure to disappear, in her matter of fact, sometimes painful way.

"You're not white," my mom said one morning.

"I know," I said. I was comparing my light skin to my brother's dark skin, and said, "but I look white."

"Maybe. To people who are only looking at skin color. But skin comes in all kinds of color and being white is more than that. Trust me when I say, if you don't say what and who you are whenever you can, it will be a problem."

"It might feel easier not to hide, but it will be worse. When people who thought you were white find out that you are Latina, they will have all kinds of reactions. Some will feel warmer towards you. But a lot of people will feel embarrassed. They'll know they shouldn't have assumed. Others will be downright angry for you not telling them. What if they said or did something they wouldn't have done if they had known you weren't white?"

I shook my head, not sure if I just wanted to believe she was wrong or because I wanted her to stop talking.  "There are people who would rather you never said anything at all, that you just stayed quiet and let them believe you were whatever they want you to be. Those are the most dangerous."

And she was right. Over and over throughout childhood I found that many people would make assumptions about me, or clearly prefer I didn't rock the boat with my identity. But if I ever went with the temptation to erase myself it always ended in problems.

When I moved into adulthood, I assumed that the erasures would stop, not get more common, but alas, that was not the case:

"Yeah, that's just how we say your name here. It's just what we're used to."

"What are you? I can tell you're something exotic. You know what? Never mind. It doesn't matter anyway."

In grad school, when sitting with classmates celebrating getting job interviews left and right, I confessed I had sent out 166 resumes in the tri-state area and hadn't received one call back. A friend asked to see my resume and cover letter to look for obvious typos or some other glaring problem that could be putting people off. After scanning for a few minutes, she looked up, a helpful expression plastered across her face. "Have you ever thought about taking your first name off your resume? I think it might be giving people the wrong impression. I don't really think of you as a Maria."

Years later, after becoming a full-fledged gainfully employed educator and writer of books, we were sitting around my parents' table one visit when my father dropped, "Did I ever tell you that my uncle fought with Pancho Villa?"

"Yeah. He fought in the Revolution. His specialty was stealing trains. The refrigerated ones. From the Americans."

He went on to talk about a battle, one I had never heard of, in Columbus, New Mexico. Pancho Villa led his forces into a small border town in retaliation for what he believed was a secret agreement between U.S. President Woodrow Wilson and Mexican President Venustiano Carranza. Villa's troops had bigger losses, but the U.S. spent months and used thousands of troops to track down and capture Villa, something they never did, only increasing Villa's fame and reputation as a resistance leader. That battle is the only time that a Latin American military force invaded U.S. soil.

"How do I not know this?" I asked. I was referring to all of it: my uncle, the Battle of Columbus, the historical relevance.

My dad shrugged. "I didn't think about it." He paused and got quiet. Then he started to chuckle, "It's neat to think about it though. Our family was revolutionaries."

"Dad, it makes perfect sense. Of course, we come from revolutionaries."

Later, I found myself still buzzing with the knowledge of my great uncle's role in both Mexican and American history. I thought about how somehow both the battle of Columbus and my great uncle's story as a revolutionary were almost entirely erased. I had never heard about the battle of Columbus in my history classes, for reasons that became immediately obvious: the Americans were not the clear victors. My father, at the age of 80, had only just found out the story from the family matriarch. In another couple of years, who knew if I ever would have found out, or been able to track down the proof.

In that moment I felt something in my bones that I had known intellectually for years: erasure does not just hurt the person being erased, it hurts all those who are erased effect, and steals a piece of their power. There is no question that I walk differently in the world now, knowing I am the descendent of a revolutionary. But it is also true that the erasure goes not just for the powerful stories, but the disempowering ones.

Much has been written about the transformative power of story. In one of my favorite studies, researchers looked at children who become more resilient and successful than others and the family narratives they were told growing up (Duke and Fivush 2001). They categorized the three main types of family narratives in this way:

-       Ascending narratives: stories about past relatives and how they started at the bottom and moved to their current higher status. These stories may focus on luck, hard work or some other family value as the reason the family's fortunes grew and changed.

-       Descending narratives: stories about how a family were once higher up than they are now, but through bad luck or bad choices, is now at a lower status than relatives from long ago.

-       Oscillating narratives: stories that tell the story about how a family has had up and down periods – times of struggle and times of triumph and times of setback followed by upswings

The researchers discovered that the kind of family narrative regularly told to children was a great predictor of their emotional health and happiness. It probably comes as no surprise to you that the oscillating narrative was correlated with the most positive results. Yes, the stories of my revolutionary uncle, or my grandmother crossing the border as a 31 year old single mother with only a guitar on her back to start a new life for herself or me graduating from college or traveling the world are all powerful stories that need to be told and never allowed to be erased. But also, just as important are the painful stories from our own and our families' lives. The embracing of fear, setbacks and mistakes as part of a typical life's journey and telling these moments as stories alongside the stories of success and triumph, is a powerful and healthy way to support ourselves and our students. By looking for those opportunities when students experience and then overcome hard things, and helping them to mold those into narratives that they either tell or write, and not erase them, we are helping students to develop a habit that will serve them long after they have left us.

We can do this when we actively resist erasure. When we model telling and writing our own and our families lived and discovered stories, we are showing our students that we are successful not in spite of, but because of our ups and downs. These stories of identities, our names, traditions, beliefs, and cultures, can and likely are attached to beauty and joy as well as struggle and hardship.  And by not erasing any of those stories and pieces of ourselves that make us who we are, but instead doing them justice by crafting them into pieces of art we can share again and again, we are helping our students to see that it is not the pain nor the mistakes that need erasing, but rather the belief that some stories or identities should be erased.

As I light the candle on my ofrenda every year for my uncle, I remember his story, my story, my own two children's stories. All of us will end up on someone's ofrenda one day. And what will make us matter to our descendants is the stories that we told - the stories that might at times feel easier to erase - the pain, the sorrow, the mistakes, the failures.  I know that the sweetness of being the niece of a revolutionary is made even sweeter because I refuse to be erased.

This blog post is part of the #31DaysIBPOC Blog Challenge, a month-long movement to feature the voices of indigenous and teachers of color as writers and scholars. Please CLICK HERE to read yesterday's blog post by Nessa Perez (and be sure to check out the link at the end of each post to catch up on the rest of the blog circle).

Thanks for sharing your experiences from a different perspective. It must been a challenge for you.
https://ingelsoong.com

Border Crossing
A finalist for the Tomas Rivera Mexican American Children's Book Award, this book follows the story of Cesi as she embarks on a journey to Mexico in order to learn more about her family, and herself.
Loading…}